On the 9th of February I participated in the Junior Speaking Contest and I must say that it was a great experience, but also a very scary thing to do. For the contest we had to go to Zwijndrecht and I could take four people with me so I decided to take Anouk, Yousra and Kristin from my class and also Chloë from another class.

We went to Zwijndrecht by car and once we got there we had to wait for a few minutes until we could enter the room in which I had to do my speech. When we entered the room I was a bit shocked for a moment because it was a lot bigger than I had expected it to be and it also had a stage and a microphone so I got even more nervous.

All the contestants had to sit in the front row so I  took a seat and the rest was a few rows behind me. Then a man walked to the middle of the stage and introduced the judges, the people who were going to ask questions and the people who would keep track of the time. First I thought that everyone was going to do their speeches in alphabetic order, but unfortunately this was not the case. There was a hat with all the names of the contestants in it and every time one paper was pulled out and the person on the paper had to walk to the stage and do his or her speech. I was hoping that I didn’t have to go first, but of course my name was pulled out first.

So I walked to the stage, but the man who pulled out the names forgot to put back the microphone so that was pretty funny because he was standing there waiting for me to start with the microphone in his hand. Then of course he realized he was still holding the microphone and after he put it back I started my speech. It went better than I expected and I was really relieved when I was finished because I didn’t have to be nervous anymore. After that I could just listen to the other speeches.

Although it went pretty well I didn’t win but I didn’t really mind because I still thought it was a great experience. 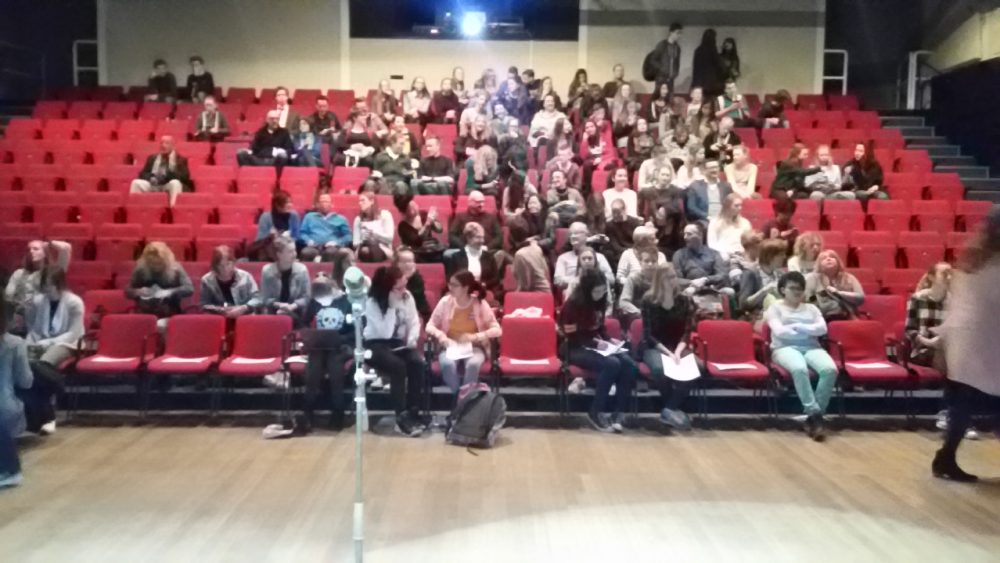 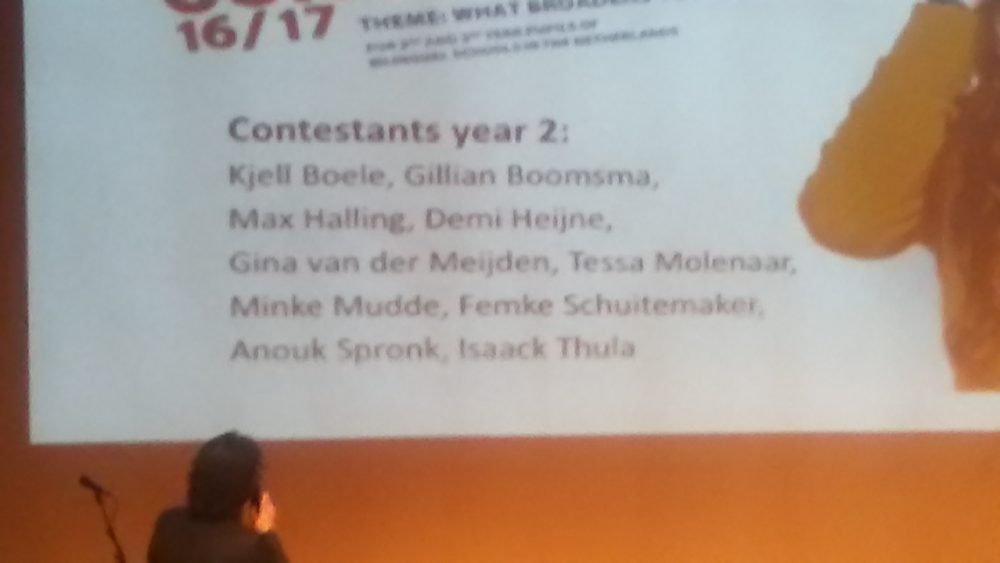