6 students of class 46-3 went to the Farel College in Amersfoort to participate in FAMUN 2016 (11th – 13th February). FA are the first two letters of Farel and any MUN is an academic simulation in which students learn about diplomacy, international relations, and the United Nations through the participation in various debates.

Before we left Spijkenisse, every student was assigned a country. Our students were representing: Kuwait, Japan, Bhutan, South-Sudan, North-Korea and Niger. From the perspective of their country, they had to tackle the concerns of today’s world, e.g. protection of global climate for present and future generations or developing a solution to the growing problem of obesity, by holding active debates on potential regulations and solutions.

On the first day our students were lobbying for two hours before they joined the Opening Ceremony in the big hall. Hereafter we all went to the youth hostel, beautifully situated in Soest. In the evening we went to the City Centre of Amersfoort to have a pizza. The next day, the FAs and Special committees in which our students participated, were in session for more than 7 hours. (The purpose of FAMUN was to provide young adults with a better understanding of international affairs. Well, this certainly was the case!) That evening we stayed at the hostel, played cards and ordered a pizza.

On Saturday our students had to debate again about the content of certain resolutions for quite some time. But when the General Assembly was in session in the big hall, after lunch, it became great fun. Some 100 international students from 19 countries were all trying to think of a way to defend or reject 3 resolutions. It all turned out pretty realistic. At a certain instance Jeremy Lems of our school very bravely climbed the stage and rejected – as a delegate of Niger – a resolution on clearing and preventing the use of landmines and IED’s. But to be honest all our students did well. I felt proud of them.

In my opinion FAMUN 2016 was organized in a nice manner. It was all done by the students of this college themselves. Our students from Spijkenisse were offered a fine chance to develop their speaking and debating skills as well as critical thinking, teamwork and leadership abilities. Hopefully, next year we’ll join such a MUN again. We met friendly people and learned a lot. Hereby I would like to thank our students Renée, Joël, Julius, Manon, Jeremy and Inéz for their input, wittiness and the fun we had. 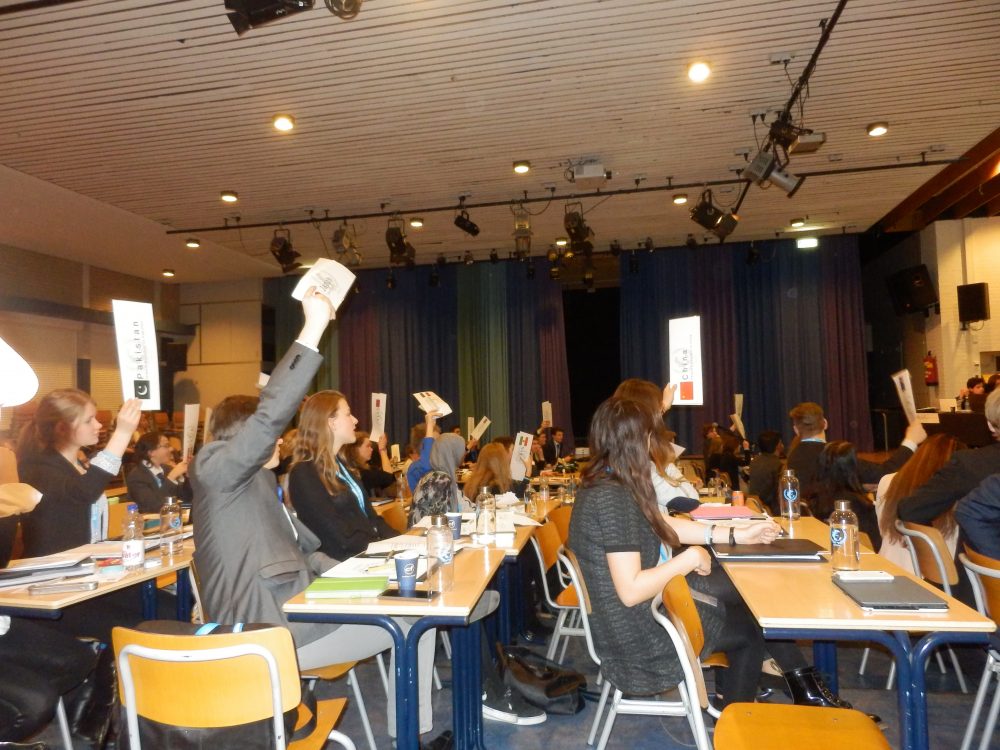 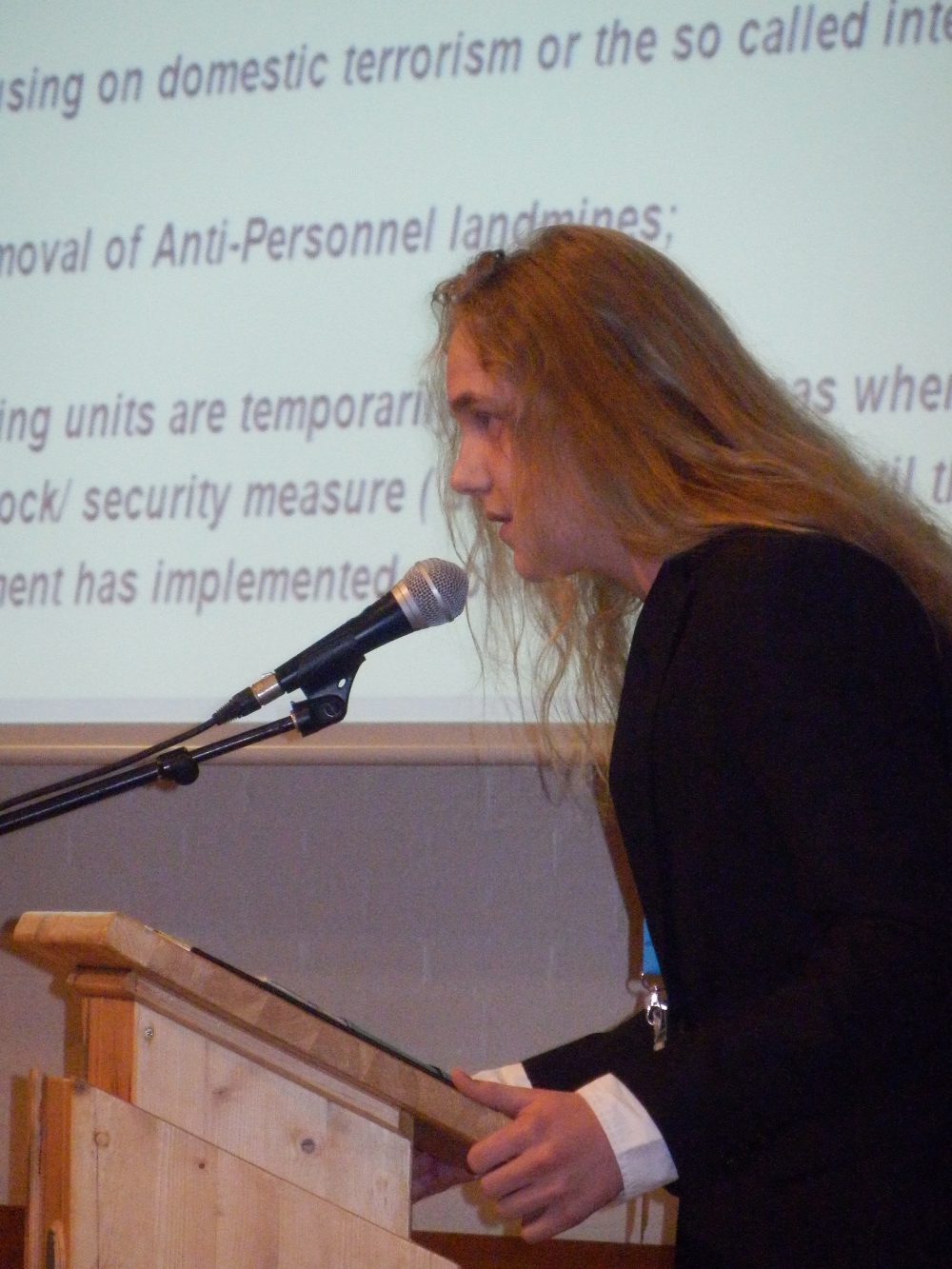 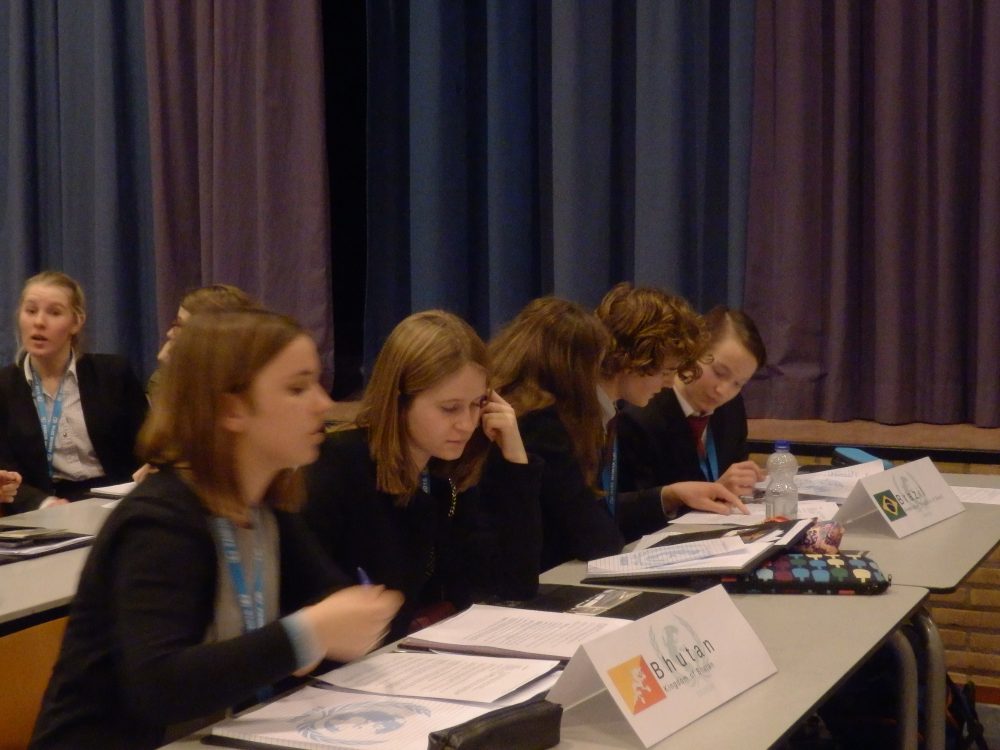 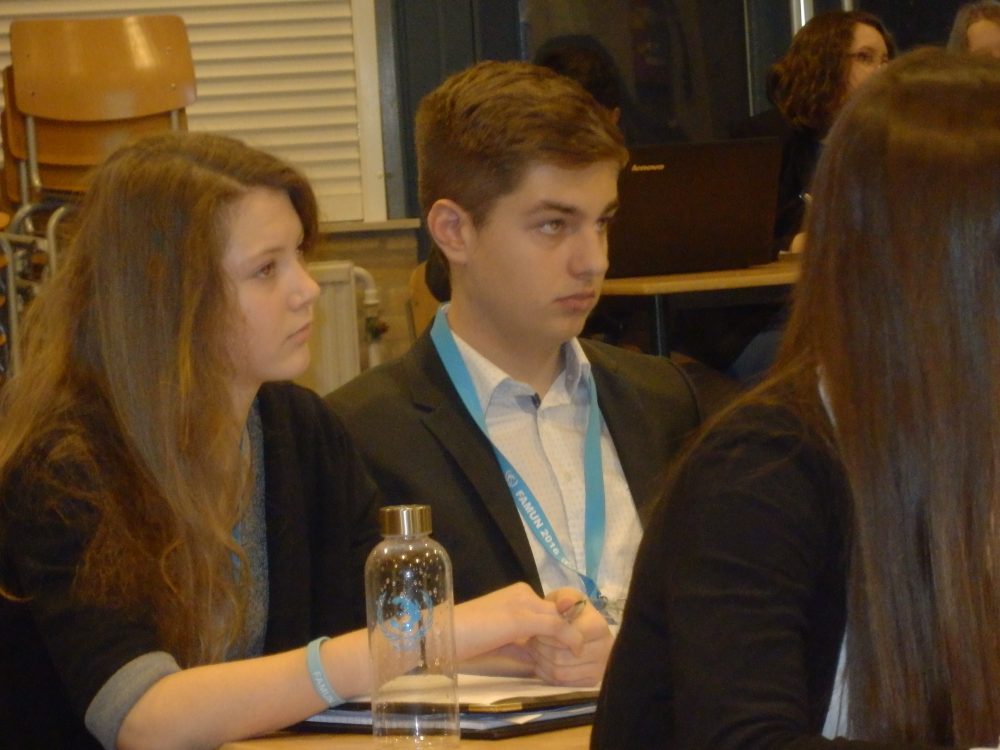 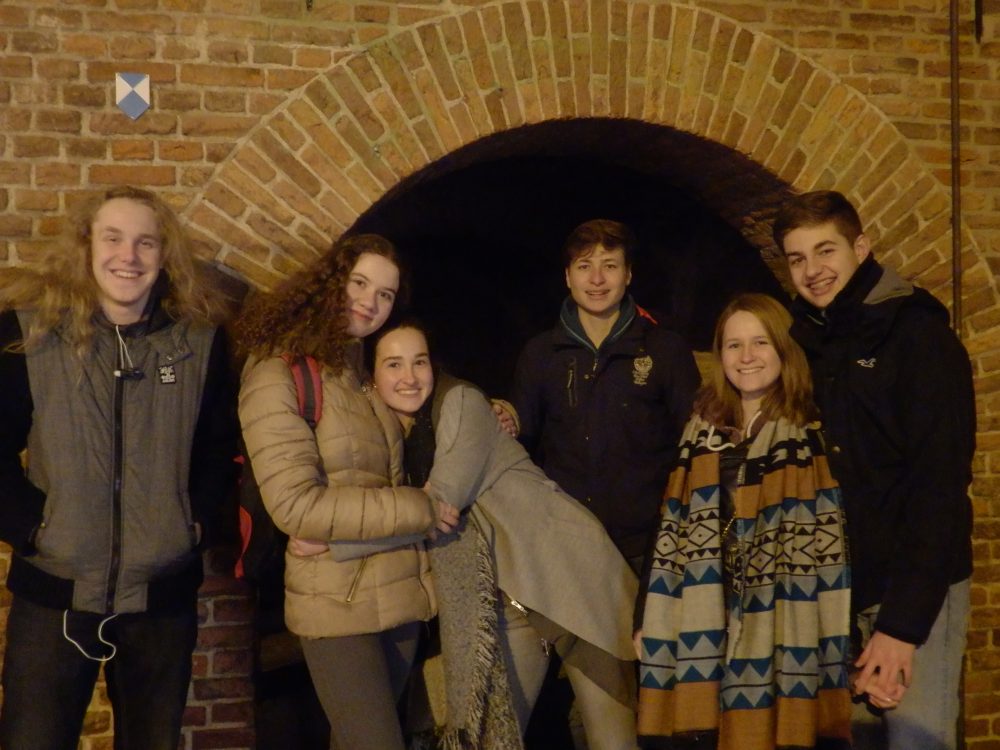